Who was Arthur Lydiard 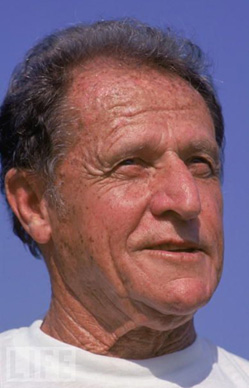 Arthur Lydiard hails from New Zealand. When his relatively unknown athletes scooped many of the distance medals at the 1960 and 1964 Olympics he consolidated New Zealand's golden era in middle and long distance running, and his own reputation as a coach.

What was remarkable about the success of his athletes was that unlike the eastern bloc countries that meticulously handpicked their talent using scientific and genetic analysis Arthur’s stable were all locals who lived in his neighborhood. He proved his adage that "Champions are everywhere you just have to train them correctly."

Coach of Coaches of Champions

Lydiard's fame spread and soon he was consulting with National Sporting Federations all over the world to teach them his methods. Today many coaches in Japan, Australia, Finland, Denmark, Venezuela, Korea, Mexico, USA, New Zealand and other countries attribute much of their success directly to Lydiard.

During his life-time he single-handedly rewrote coaching methodology through trial and error, logical reasoning and intuition. Science has since proved him correct. So have the athletes. Performance speaks for itself. Here are just some of the legends who were coached in the Lydiard Method:

The principles of sound training that Lydiard developed in 1960s––based on experimenting on himself and a small group of local New Zealand runners––have stood the test of time as the scientific studies have caught up to validate his approach. Many of the principles that are part of the Lydiard system are found in coaching and training systems in use today, and nearly every successful athletics coach or athlete consciously or unconsciously emulates Lydiard's training system by laying an endurance base and making use of periodization for peak performance.

Initially, this culminated in sending Murray Halberg, Peter Snell and Barry Magee to the medalist’s podium at the 1960 Summer Olympics in Rome. Subsequently, too many runners to mention have used Arthur Lydiard’s approach to achieve an impressive array of Olympic medals and race wins throughout the world.

Lydiard based training is based on five critical principles:

While it is a longer training cycle than what you may be used to, the length of the cycle allows the safe development of running fitness as each phase builds on the previous one. The individual runs are not significantly different from what you might find in another training approach; it is the overall structure and flow of the plan that sets Lydiard apart.

Aerobic Base Building – a period of aerobic runs (run by overall time, not mileage) at a variety of paces to develop stamina and a base of conditioning.

Hills – Develops the leg power and flexibility that will be needed to support faster running while continuing to develop the aerobic base.

Anaerobic Development – Adds faster running (tempos and intervals) to prepare the runner to be able to handle race pace. 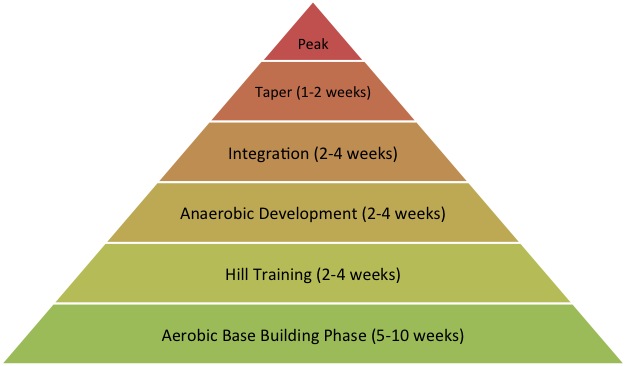 Ready to run your best race? Try our Race Time Predictor and see what is possible with Running Wizard.

Base to Race Marathon & Half-Marathon

For those with limited fitness who just want to go the distance.

Up and Running & Up and Racing

For newbies to build up to an hour of continuous running (with race plan option).

Learn more about services from our partners below!

The Training Log for Athletes, Coaches, Teams and Clubs. Final Surge is the official training log of the Five Circles and powers Running Wizard training plans!